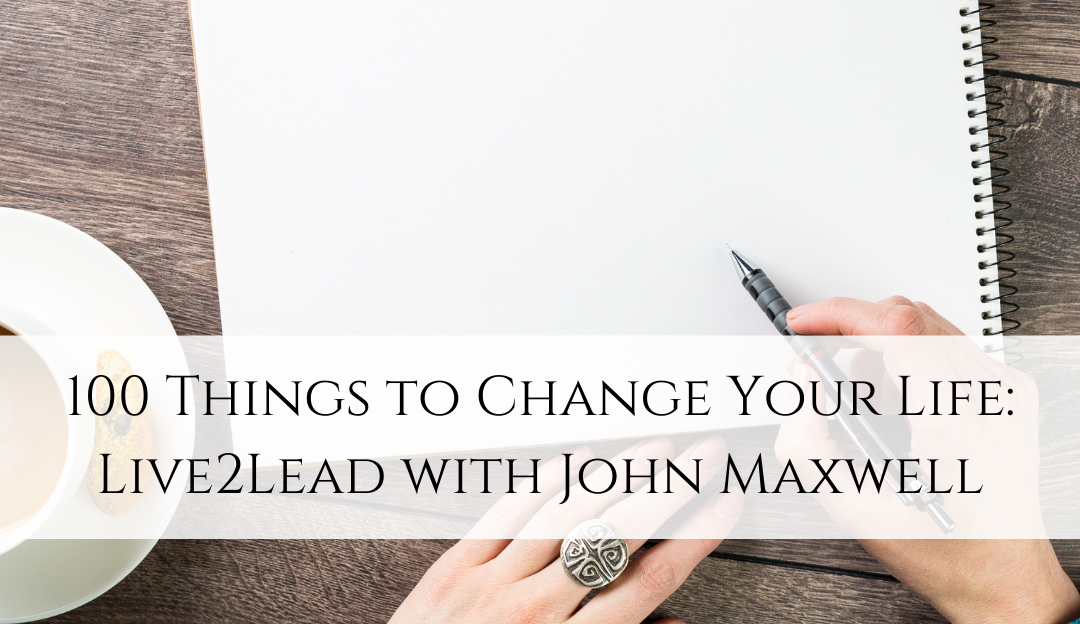 Earlier this year, I attended Live2Lead with John Maxwell. Actually, I attended the re-broadcast, but it was just as good. This is an event that is broadcast all over the world, and each year there are incredible speakers focused on leadership and growth.

This year I became a certified John Maxwell Coach, so that I can incorporate his teachings into my workshops. I was supposed to go to Florida for the big certification event, but instead we did it virtually and I spent a week in Midway, Utah for it. Probably better than Orlando in August, eh? I really hate humidity.

Live2Lead is live on Friday, October 9th, and then there will be four more opportunities to watch it through February. You can only get access through a coach, and I’m super excited, because it includes talks from Live2Lead 2019, which was super powerful.

I decided to become a John Maxwell Coach at the nudging of my friend, Allen Roberds. I met Allen a couple of years ago and convinced him to come to Kenya with me. Now, he has been three times and is the board chair for 100 Humanitarians International, the non-profit foundation I started in 2015.

Allen is an Executive Coach with John Maxwell, and has been a huge inspiration to me. Where I am a big visionary “Let’s DO ALL THE THINGS!” person, he’s a “Okay, but did you think about XYZ?”

It creates balance in The Force.

One of his certifications is in DiSC Training, and I did an interview/training with him about it that was pretty powerful. You should watch it.

There is a course that I love on The Eclectic Entrepreneurs called You’re Not Good Enough, You’re Way Better Than That created by Allen. It’s a course that I have encouraged my teenagers to take as well. I’m pretty sure that Allen does nothing but serve people all day long, whether it is his family, his clients, or his friends.

He is an all-in type of friend!